Scientific data demonstrates that the UV purifier has an inactivation rate of approximately 95% of the SARS-CoV-2 virus its variants, bacteria, mold and other pathogens on average in one air cycle. The UV purifier begins inactivating the viruses in the air in the passenger compartment of a bus as soon as you turn it on. We strongly recommend running the device continuously for best results.

Find out how it works:

Purified air thus flows continuously during the entire journey and circulates in the passenger compartment, ensuring that the virus concentration in the bus is mitigated.

Exposure time and intensity, blow-through speed and geometry are carefully coordinated to ensure that the air stream emerging from the box is virtually virus-free (>95%). 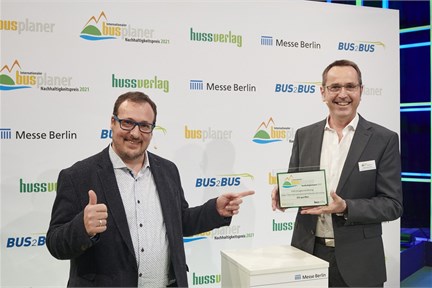 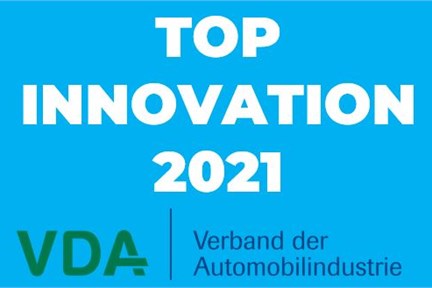 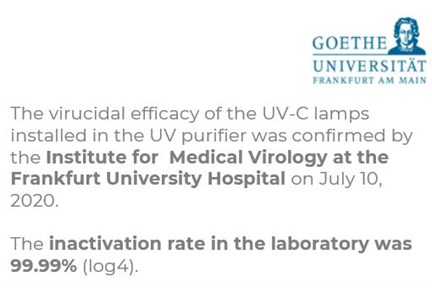 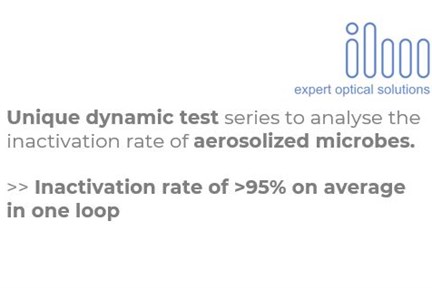 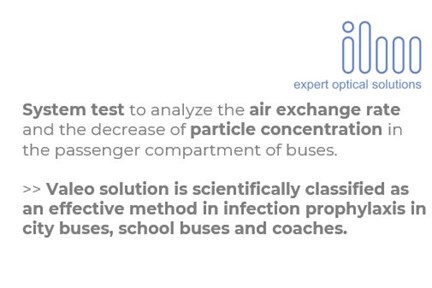 For more information on the scientific tests we have conducted on our product in relation to virus control, please contact your TCV Regional Sales Manager.

Irradiation with UV-C light (254nm) is a scientifically tested method of disinfection by the inactivating microorganisms and various viruses, including SARS-CoV-2. With adequate exposure time and intensity, the DNA of the virus is cracked and destroyed, so that it can no longer reproduce itself. When the lights interact with viruses and bacteria, they damage the structure of the virus/bacteria and effectively neutralize them.

Based on scientific evidence, it reduces the concentration of viruses in the air just as effectively as a fresh air supply.

Reliable Operation Comfort for the passenger

SUITABLE FOR EVERY BUS - COMFORT FOR THE OPERATOR

The UV purifier can be used in all types of buses worldwide. The device is suitable as a retrofit solution as well as for installation in a new vehicle.

UV purifier Vent is installed directly in the passenger compartment and offers special advantages for the operator:

As UV purifer AC a UV-C lamp is integrated into the existing heating/air conditioning system of the vehicle. A retrofit solution is also possible here. 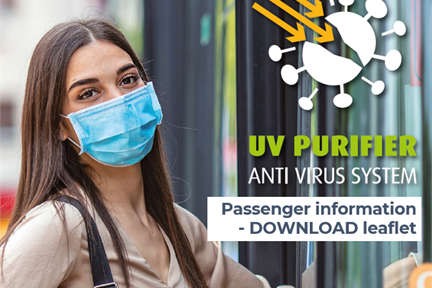 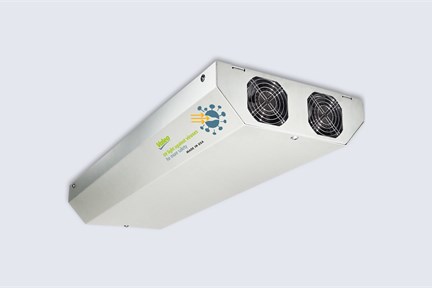 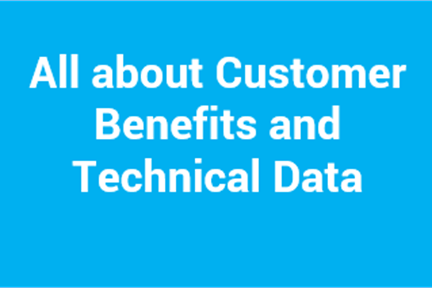 FIND ANSWERS TO YOUR QUESTIONS

Is the UV purifier effective?

Scientific data demonstrates that the UV purifier has an inactivation rate of approximately 95% of the SARS-CoV-2 virus its variants, bacteria, mold and other pathogens on average in one air cycle. The UV purifier begins inactivating the viruses in the air in the passenger compartment of a bus as soon as you turn it on. We strongly recommend running the device continuously for best results.

Does the device require maintenance?

No, the device does not require any maintenance, there are no maintenance parts like filters or similar. However, in particularly "dusty" conditions, it is recommended to remove dust from the lamp, as otherwise the effectiveness of the radiation may be impaired.

What is the lifetime of a UV purifier and how do I know that the lamp needs to be changed?

With a running time of 12,000 hours the installed UV-C lamps are very durable and need to be replaced only very rarely. The UV purifier has a blink code fault diagnosis output that can be used to detect lamp failure or malfunction at an early stage. Due to the protective and stable aluminum housing, the devices are optimally suited for long-term use in public road traffic.

As an operator, can I change the UV lamp?

Yes, the operator can do this himself at any time. Of course, the device must be without power supply in any case, and all other safety regulations according to the operating instructions must be observed.

Is it sufficient to simply flood the interior of a bus with fresh air to reduce the risk of infection?

However, there are conditions in which this type of fresh air supply is insufficient, so that further measures against viruses are strongly recommended to achieve the fresh air effect.

>>> Conclusion: We do not always get as much fresh air into the bus as we would need!

Is it possible to run the UV purifier even if there is no air conditioning unit on board?

As a UV purifier Vent, the unit can be used at any time, regardless of the presence of an air conditioning system. This is particularly important in order to be able to react very quickly in the current situation, so that the existing bus vehicles in the field can be easily upgraded with UV protection.

The plug-and-play retrofit kit of the UV purifier Vent can be installed quickly and flexibly and is ready for operation in no time.

How to describe the effectiveness of UV cleaners in containing SARS-CoV-2 viruses when used for buses in the market?

It is very important to bring the virus concentration in the bus interior to the level of the VDV Fresh Air Recommendation as quickly as possible. This can only be achieved if very fast and very effective action can be taken against the viruses:

Valeo has succeeded in increasing the radiation dose, which is harmful to viruses, while at the same time keeping it in the box so that there is no danger to passengers at any time, when used as directed.

Has the effectiveness of UV purifier been scientifically confirmed?

Yes, the effectiveness of UV purifier has been confirmed by tests with the SARS-CoV-2 virus. Scientific tests of the effectiveness of the lamps used was provided by the Institute for Medical Virology at the University Hospital Frankfurt. The risk of infection with SARS-CoV-2 is therefore reliably and efficiently minimized by disinfecting the interior air with UV-C radiation.

No, the UV purifier does not produce ozone for two reasons:

More detailed explanation: The Ultraviolet spectrum contains four separate wavelengths—UV-A, B, C and Vacuum UV—each operates at different energy levels and only one is capable of producing ozone (Vacuum UV). In a nut shell, UV irradiation in the 100-200nm range is capable of producing ozone. UV-C, conversely, reaches its optimal germicidal strength near 253.7nm. Because ozone may only be produced below 200nm, at 253.7nm (rounded to 254nm), the germicidal wavelength does not generate ozone.

In addition to the stronger 254nm wavelength that does not produce ozone, UV-C lamps offer another layer of ozone protection.

Most germicidal lamps, including those from UV Resources, are produced with doped quartz glass, which blocks the transmission of the 185nm ozone-producing wavelength. The doped quartz glass allows the 253.7nm radiation to pass through, but it blocks the 185nm wavelength from escaping. Therefore, germicidal lamps with doped glass does not produce ozone.

Can the purifier be used during continuous operation?

Yes, the UV purifier is specially designed for continuous operation during the journey and while passengers are on board.

How do I calculate the number of devices required for a bus?

Why is the use of the UV purifier for air purification in the bus interior also useful since there is an effective vaccine for SARS-CoV-2 available?

UV-C air disinfection with Valeo UV purifier in buses can be used as a supporting measure and as part of efforts to stop the spread of SARS-CoV-2, other viruses and bacteria. The option of vaccinations or general hygiene considerations, such as social distancing, wearing face coverings, washing hands and ventilating the bus regularly must also be observed.

While UVC air disinfection with Valeo UV purifier in buses can be used as a supporting measure and as part of efforts to stop the spread of the SARS-CoV-2 virus, general hygiene considerations, such as social distancing, wearing face coverings, washing your hands and ventilating the bus regularly must be observed. 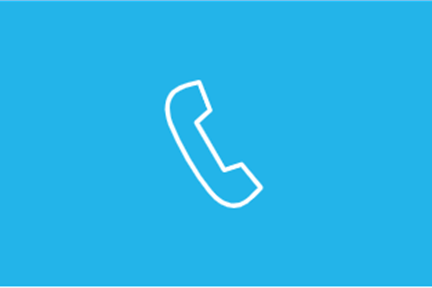 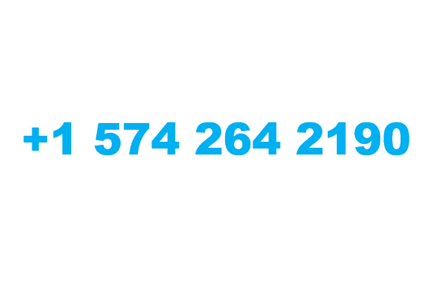 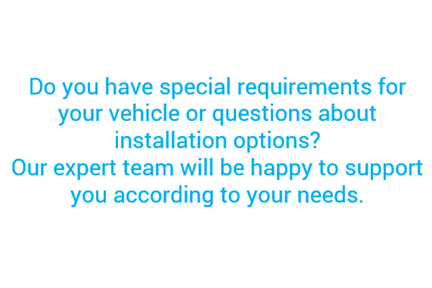